Which of following changes that affect the composition of our atmosphere involve physical changes and which involve chemical reactions? 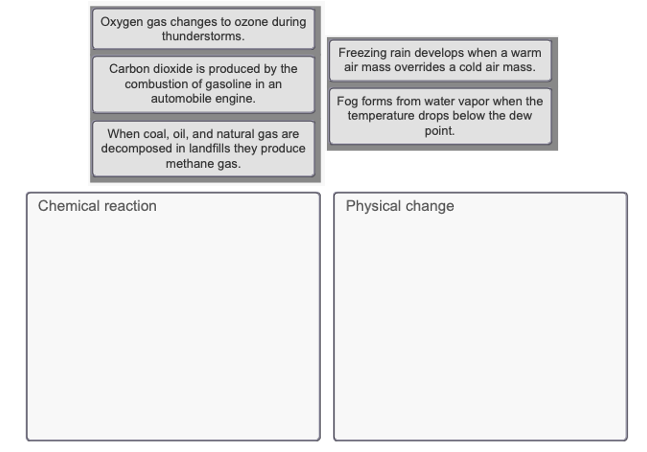 A chemical reaction (also known as a chemical change) produces substances that are chemically different from the starting materials. An example of a chemical reaction is the formation of water from hydrogen and oxygen gas. In a physical change, a substance changes its physical appearance but not its chemical identity. An example of physical change is the formation of liquid water from solid water, a familiar process called melting. Physically, liquid water looks very different from solid water (ice) but the chemical identity, water, is the same for both